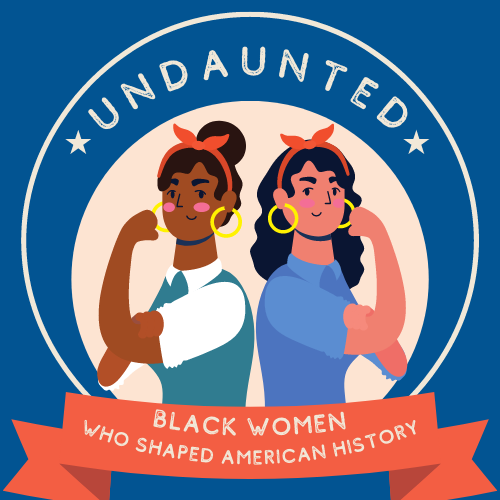 This post is part of a year-long series. If you enjoy and learn from my writing, please contribute to support my full-time writing work via Patreon or Venmo. You can also purchase merch from TeeSpring or Bonfire, the proceeds from which enable me to continue this work.

Between 1940 and 1945, millions of American women left their homes and entered the workforce, many of them for the first time. Enlistment of men to fight in World War II left gaping holes in the industries they vacated. Women stepped into these jobs to fill in these labor gaps and to do their perceived patriotic duty.

In 1943, artist Norman Rockwell painted the now-iconic “Rosie the Riveter,” imprinting on American culture the patriotic image of a woman declaring that “we can do it” while flexing a bicep and clad in a red and white polka dot bandana.

Rosie is strong, determined, and bold.

Rockwell’s artistic rendering of Rosie would go on to become a hugely popular and effective propaganda tool for recruiting women into the workforce.

While most of the women who took over men’s jobs during World War II were white, about a third of them were Black.

Born in 1922 in Maryland, Wilson relocated to New Jersey with her siblings to live with an aunt after the death of their parents. Later, Wilson settled in Philadelphia.

After her husband left for World War II, Wilson worked at Philadelphia’s Navy Yard, first in the laundry, and later as a sheet metal worker who helped install bulkheads on the USS Valley Forge.

After the war ended, Wilson never returned to the domestic work she left for her work at the Navy Yard. Instead, she would go on to work in a doctor’s office and then a coat factory, opening, in her words, “doors for generations behind us that would have never opened without World War II.”

Despite Wilson’s work during WWII, and her acknowledgement that the work she did during World War II had blazed a trail for generations to come, it wasn’t until filmmaker Gregory Cooke approached her for an interview that she began to see herself as a Rosie, and to realize the historic significance of her wartime work.

But Wilson and her contemporaries, among them Civil Rights giant Dorothy Height, didn’t just go to work when their husbands and brothers went to war. Their labor led them out of kitchens and fields and into gainful employment. Black Rosies paved the way for Black women to choose from a wider array of jobs – albeit at wages lower than their white counterparts – as well as integrate formerly segregated spaces. One’s imagination needn’t stretch too far to conceive of the fear and intimidation these Black women must surely have felt: they were underpaid, subject to bigotry and prejudice, and sidelined by misogyny. Yet they – 600, 000 strong – persevered in their work: for their country, their families, and themselves.

Thankfully, Black Rosies’ existence and legacy don’t seem to be in danger of fading into the pages of history. Cooke’s documentary Invisible Warriors: African-American Women in World War II is the filmmaker’s decade-long project chronicling the lives and work of Black Rosies. And Park Rangers like 100 year-old Betty Reid Soskin are making it their mission to inform visitors to the Rosie the Riveter WWII Home Front National Historic Park that white Rosies represent but one demographic of women who helped the American war effort. Mexican American braceros, Japanese American flower growers, and railway workers – some of them female – also provided labor on America’s homefront while troops were overseas fighting in the war.

Several years ago, Ruth S. Wilson was asked how she felt when she thought about her time doing “man’s work” during the war. Wilson responded that it was special and changed her life.

Through the work of Cooke, Soskin, and other Americans who are carrying the stories of Black Rosies, perhaps the iconic image of Rosie the Riveter will one day cease to be monochromatic. Maybe with time and intention, Rosie the Riveter’s visage won’s cease to be white, but will grow to include Regina Cooke’s reimagining of these civilian wartime heroines, which is inspired by and modeled after Ruth S. Wilson.

When that day comes, hopefully girls and women of diverse skin tones will see themselves in Rosie the Riveter, feel the sense of empowerment she conveys, and feel that they can change their lives, just as Wilson did.