This post is part of a year long series. If you enjoy and learn from my writing, please contribute to support my full-time writing work via Patreon or Venmo. You can also purchase merch from TeeSpring or Bonfire, the proceeds from which enable me to continue this work.  As I sat watching Henry Louis Gates,…

This weekend was long, strange, and very emotional for me. As a newly published author, who had partnered with a friend to embark on a new professional adventure for the both of us, I found myself in a position of feeling forced to separate my work from my friend and publisher. I’m a muddle of… 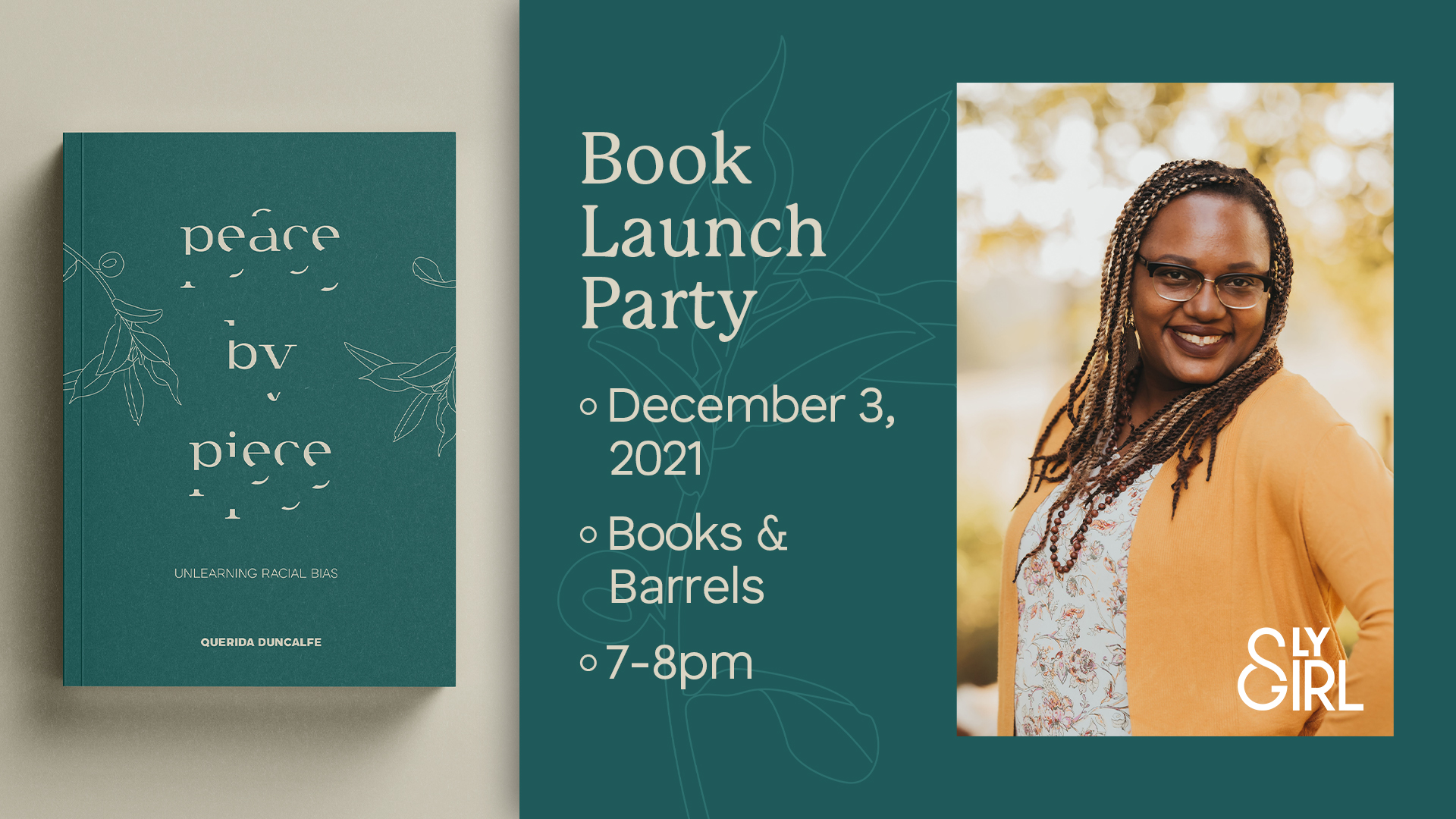 December 3rd is the day! Sly Girl Publishing will be celebrating the launch of Peace by Piece: Unlearning Racial Bias at Books and Barrels in Downtown Longview!

In January 2015, Miller was 22 and living in her hometown of Palo Alto, California. She went to a party, was sexually assaulted, and then saved from further harm by strangers who stopped her assailant when they saw what he was doing. Six years later, eight people went about their normal daily activities on a March day in Georgia, completely unaware that their lives would be violently cut short.

When you think of the terror that has been inflicted on the black church in this country time and again, how do you imagine you might feel if the black church was that first place of faith for you? Would you feel safe to worship in the space where you truly felt at home?

Too often, in television and movies, black gospel choirs are used as a stylistic device. They appear for a moment – to make us laugh because their presence is jarring and their choir robes out of place; to make us feel a surge of giddiness because the guy and the girl finally got together at the end of the movie; to elicit in us a desire to forgive people in our own lives who have wronged us, just like the character on that show we like offered forgiveness to someone who wronged them.

After all, if feminism at its heart is about taking up space, then so must blackness be.

Her style is systematic and unflinching, two descriptors that seem to be missing from too many public conversations around justice and race today.

Where or to whom do you turn for comfort and solace? Have you ever witnessed someone else trying to twist that object of comfort and solace into something wicked and unworthy, in order to satiate their desire to maintain a sense of superiority over you?

Simply put, “Lift Every Voice and Sing” belongs to those of use whose weary years and silent tears have been seen by God. It is a hymn of worship to God, not an anthem of allegiance to a flag.