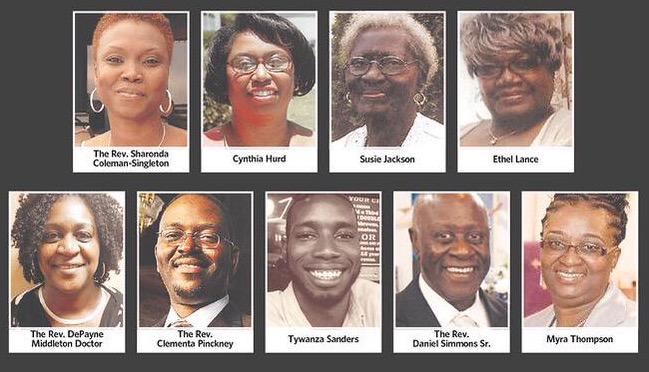 I originally wrote this piece four years ago and published it on my former blog here. Since today is the anniversary of this tragedy, I brushed it off and polished it a bit to share again today.

“Every man’s island, Jean Louise, every man’s watchman, is his conscience. There is no such thing as a collective conscious.”  – so says Uncle Jack to his niece Scout in Harper Lee’s Go Set a Watchman. In Lee’s novel, Uncle Jack’s words to Scout echo the words of the prophet Isaiah, in chapter 62, verse 6: – “O Jerusalem, I have posted watchmen on your walls; they will pray day and night, continually. Take no rest, all you who pray to the LORD.” But in church this morning, our reading of Psalm 127 pointed out that, “unless the Lord watches over the city, in vain the watchman keeps his vigil.” And as I sat in my pew, mulling over these words and connecting these recurrences of “watchman” to each other – because I’m never not an English teacher – a truth came into focus.

Several months ago, Andrew and a couple friends from church arranged a concert of their music. They played shortly after the Charleston church shooting, during a time when I was still personally deeply wounded, reeling from the horror of such a violent, racially motivated hate crime. During that concert, I noticed for the first time that black church  and white church are different: not just in worship style or length of service, but in the very theological concept of who God is and the reason we meet from week to week. Where white church seems primarily concerned with worship of God for who God is, black church – by contrast – is also concerned with reaching out to God for help not just with daily life but with the deep, ugly struggles we’d sometimes prefer to ignore. In my upbringing in the black church, I always saw a place for catharsis alongside worship. In white church, I’ve missed that.

The priest said today that, “In God’s world, there are no unseen people.” His insight connected very strongly with the Gospel reading from Mark, when the poor widow who gives two small coins is recognized by Christ for giving everything she had from her poverty. When I reflect on my upbringing in black church, I see the collective conscious Uncle Jack told Scout was a myth. And I see, too the call to individual conscience and watchmanship, the invocation of the Lord’s eyes to watch over our collective city, to see our invisible struggle.

And here is why I think white church doesn’t speak to the whole of my spiritual experience: I don’t see there a place for corporate lament, an acknowledgement of our society’s unseen, a call to stand in solidarity with those whose voices the church has historically refused to hear: the LGBTQ individual, the ethnic and socioeconomic minority, the outspoken and assertive woman. These groups are invisible to white church not because they can’t be seen but because there’s no desire to hear them in a way that acknowledges that they too are fearfully and wonderfully made, just as they are. And who can worship freely where one feels oneself is unseen, unacknowledged, unheard?

In one way, I agree with Uncle Jack’s assertion to Scout that every man’s conscience is his watchman. He’s right: we must each be accountable for our own actions, bear responsibility for our own decisions, pay attention to our surroundings enough to see and act accordingly in our day to day lives. But in another way, I think Uncle Jack missed the mark here.

If we are people of faith, then unless the Lord watches over us, our labor as watchmen is in vain. We must look to God to guide our conscience – collective or individual – so that our eyes may open to those in need right in front of our faces, and so that we may be led by God’s grace, to act for, with, and alongside the otherwise invisible. It isn’t enough to take the Gospel to the ends of the Earth if we haven’t also taken that same Gospel message to the invisible people around us who are looking to see if our God is also theirs: a God who watches over their city as well as our own. A God who sees and hears them. A God whose love doesn’t confine itself to a single interpretation of a single Bible verse in the name of tradition, but whose love reaches beyond tradition, scriptural misinterpretation, and historical erasure, and offers unconditional, all-encompassing, unashamed love to each heartbroken individual, each unheard people group, each silently weeping minority who’s been told time and again to conform and submit, each individual who has been silenced.

If we profess faith, we need to look to God to guide our conscience – collective or individual – so that our eyes may open to those in need right in front of our faces, and so that we may be led by God’s grace, to act for, with, and alongside the otherwise invisible.

If we are not people of faith, there still is work to be done: we must look within our hearts and minds to suss out our motivations. We cannot neglect to watch over the city of humankind because our own personal lives are idyllic. We cannot ignore the plight of our neighbor and focus only on ourselves.

There is indeed a collective conscious, with each individual obligated to do their part for the betterment of us all.